As soon as I walked in my front door and heard Oliver’s meow, I knew something was wrong. He has always been a great communicator of his needs. He had suffered from UTI’s in the past, and I had a feeling we were re-visiting this challenge once again. I brought my takeout outside on the back deck and watched closely as he squatted in the landscaping. He squatted, and squatted…. Off we go to the ER vet.

They found what I had suspected and placed him on antibiotics, pain meds, etc and sent me home with strict instructions to bring him back in if he stopped passing urine as that could mean his urethra could be blocked and that was certainly life-threatening. We had been down this road before and I was no rooky. I felt confident in his home care.

The next evening when I returned from work, I found little pools of blood around the bathroom. He was definitely passing things and knew the blood was a bi-product of his condition. He was passing something, so that was a win. I continued to monitor him, perform energy healing on him and love on him as much as possible.

The next morning, more blood. I found myself in a panic and called my local vet and asked to bring him in ASAP. I was getting dialogue from above that I was being impulsive, but fought through it convincing myself that he needed something more. I arrived at the vet and they advised to place a catheter for 3 days, flush his bladder and remove any potential blockages to ensure his safety. They would have to transport him to the ER vet at night to allow full 24-hour monitoring. I could hear what they were saying to me and it all made perfect sense. So why was I in complete resistance to the whole thing?

While in the office struggling with sorting through my feelings, I got a text from a dear friend who always seems to know when I need her. She is also a gifted medium. I could tell she sensed something and I also began tuning into his desire to cross. This was a turning point for me. I knew with every fiber of my being that he did not want any intervention. I physically could not hand him over for further treatment. It was like my arms were tied around him and he was not meant to leave my side. I continued to ask questions basically asking the vet and vet tech to convince me of why this is necessary. It all made complete sense but I could not agree. I felt like a crazy person but informed them that I would be taking Oliver home. At that point, I was convinced that he knew what was best and that we could heal him the way we always have in the past. I needed to follow guidance as it was undeniable. I was optimistic about his ability to heal and decided to remain that way until further notice.

Later in the day, I was getting different guidance. I was getting that I needed to do something to intervene. This left me completely confused as I just denied care earlier. Why the change now? Why couldn’t I have begun care when it could have been more manageable? Is all this happening because he truly is not meant to get better? I did not understand and began to seriously doubt my guidance.

The dialogue had been coming through so strongly that we are meant to trust our feelings more than any external moving part in our lives. We are meant to go within and act from that place even if it makes no sense at the moment. I was being asked to step up. This is a whole new level of trust when faced with a life or death situation of someone you love. This is not like missing out on an appliance sale. This is serious stuff. I found myself almost angry that I was being tested in this way, but also know that I can handle it and was really being asked a true test of faith. I chose to trust. So fucking hard. But, I chose to trust.

So, not allowing my pride to get in the way of his care, I headed back to the ER vet. I found Oliver hiding under a bed in a room he never went in. I could tell he was hiding because he was ready to die. He did not want to die in my room, in our room. The room in which we cuddled each night, where he snuggled up and stretched over me, always wanting to be near. Where he meowed at me until I sat down so he could sit on me and purr. He was happiest when we were close. He did not want the memory of his death in our sacred space. He was always such a protector and healer of me. Such a sweet spirit.

When we arrived, they told me he was blocked and gave me a list of all the things they needed to do for his care. We talked about how this will most likely happen again and as each time was more severe, that he may, at some point, need surgery. As I was listening to his potential future, the only thing I kept hearing was “no, I don’t want that”.

I knew what I had to do. I needed to let him go.

I finally began to realize the reason for the extreme resistance from earlier in the day. It was finally sinking in. I finally began to understand the ups and downs and the entire divine process of the end. I committed to trusting in the process and was led to a place of deep honor of him and his wishes. He was always teaching me so much, and this by far was the biggest lesson. I learned to trust in his process, well above my own agenda, or what others thought I should do. I was able to get out of the way of any fear of loss and let him go. I moved through my own pain to allow him to be liberated from his. And I learned to trust more deeply than I ever have to date. He left me with such gifts.

I was asked to share this story with you for several reasons. First, I am honoring my growth in being more transparent and vulnerable. I have been working on asking for help and knowing when I need support. Death certainly allows room for that. True healing takes place when the pain is acknowledged, honored, and released. To be held through those times is imperative.

Secondly, I know some of you will not understand why I chose the steps I did, and that is okay. I am also moving away from fear of judgment. This is what this looks like – doing what you feel is right and without regard for others expectations or judgments. It is a true sense of honoring the deep knowing within, whether it makes sense or not. It can be scary as hell, but when you take that leap, great clarity comes. I knew this lesson was coming as I had been getting dialogue for weeks. Sometimes, we need to go through an experience to really understand. Now I have embodied it in all ways. My sense of trust is now unbreakable.

And lastly, hopefully, this gives you an understanding of this process so you can embody these lessons through my story. Choose faith and trust. Allow faith to trump any fears that surface. Trust in the process of life and try to be open to the signs you receive. Release any self-doubt. You may not understand why you feel the way you do about certain people or experiences, but trust within yourself. Act from that place of inner knowing, and step by step you will be led. Feel through your heart space. You can never go wrong when you act from that place.

Thank you for taking the time to read this. I hope it helps you gain a deeper sense of trust within yourself and the process of life. Please also remember to give your beloved pets some extra love! 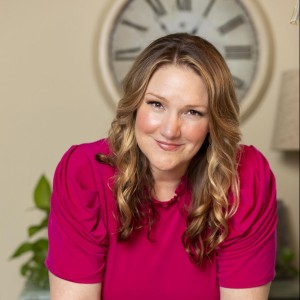 Jean Atman is a Soul Evolution Coach and Energy Medicine Specialist and is a leading expert on how to break free of negative life experiences - for good. She is well known in her industry as the go-to girl for helping people heal from toxic relationships and past traumas so that they can live a life filled with potential and ease. She has assisted over 19,000 people up-level their lives in her 21-year professional career and remains fiercely dedicated to that cause. Jean believes everyone can live a life of their dreams, and she thoroughly enjoys helping them tap into that potential!

Jean Atman is a Soul Evolution Coach and Energy Medicine Specialist and is a leading expert on how to break free of negative life experiences - for good. She is well known in her industry as the go-to girl for helping people heal from toxic relationships and past traumas so that they can live a life filled with potential and ease. She has assisted over 19,000 people up-level their lives in her 21-year professional career and remains fiercely dedicated to that cause. Jean believes everyone can live a life of their dreams, and she thoroughly enjoys helping them tap into that potential!

There is a reason why the hard times feel like they go on forever and the good times feel fleeting. You have more control over those experiences than you may know. Many of us are born into what I call “contrast.” We may have been born into abuse, hardship, or struggle, and have found life…

Can You Trust Yourself?

Do you feel you can trust yourself, or do you find making decisions a nerve-racking experience?Many people find they vacillate … a lot. The challenge starts when you want something and are led there, only to discover fears creep up. It can be scary to know you are accepting something into your life that will…